Disclaimer: I’m not a professional reviewer, nor am I trying to be one. Just someone who felt compelled to share information on these two lenses.

Over the years, I’ve noticed quite a few “cheap” third-party lenses pop up on Amazon and eBay. I’m sure you’ve seen them: 7Artisans, Meike, Jaray, Rokinon, Samyang and Yongnuo are a few brands that come to mind. My curiosity got the best of me, and over the years I’ve accumulated a few.

In this particular post I’m going to look at the 7Artisans 25mm f/1.8 and Rokinon 21mm f/1.4 for the Fuji X system. They both have a similar FOV, but their price points are very different. The 7Artisans is insanely cheap at $70. The Rokinon costs $350, on the other hand.

7Artisans: I haven’t dropped it, gotten it wet or abused it, so I can’t honestly say how long the lens will last. Still, it hasn’t fallen apart on me yet. The build is quite good, and I have no complaints. It’s metal, the focus and aperture rings turn smoothly, and it mounts firmly. Also, the lens is quite small and light.

Rokinon: Build is similar to the 7Artisans, though the Rokinon feels a bit sturdier. One key difference is size: the Rokinon is larger and heavier.

7Artisans: This is probably the weakest point of this lens. The aperture ring is click-less, which I personally don’t care for. The distance scale on my copy was not accurate, either. The focus and aperture rings are very close together, and at times I found myself accidentally turning the wrong one. Also, this lens has a very short focus throw, and the focus ring is extremely sensitive, which is a bad combination IMO. Generally, I would say this lens handles like a poorly implemented Rangefinder lens.

Rokinon: The Rokinon easily wins in this department. The aperture ring has 1/2 stop clicks. More importantly, the distance scale is accurate, which is extremely helpful for a street shooter. The focus throw is longer on the Rokinon than the 7Artisans, which is useful for a manual focus lenses (IMO). Also, despite being a larger lens, it balances well on an X-T1.

Here is an example of each lens’ MFD: 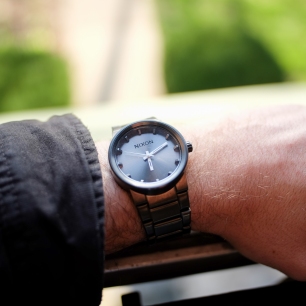 So, this is where the fun starts. How good can a $70 lens be? What about the Rokinon? How does each compare to the Fuji 21mm f/1.4 X? That’s a difficult question to answer… Luckily, I had all three on hand at one point, so here is a very quick and informal comparison of the Fuji vs. Rokinon vs. 7Artisans. These were shot wide-open. 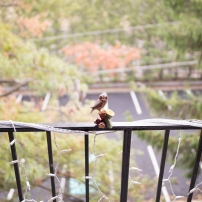 Having used all three lenses extensively, here are some of my personal findings. This is not all inclusive, and again I’m not a professional reviewer. These are just observations after using each lens.

Sharpness/Clarity: I honestly couldn’t find a clear winner in this department. All three are sharp wide-open. The 7Artisans is probably the least clear/sharp of the three, though that doesn’t mean it’s soft. Even though the Fuji is the most expensive, I haven’t seen a huge advantage in sharpness over the other three. I know that’s hearsay, but it’s my opinion. I’m sure someone with charts and a lot of time to waste can prove otherwise, but I find that method of testing useless in the real world. Simply put, the sharpness of each lens is very similar and good enough for me.

Flaring: The Fuji easily wins in this department. It doesn’t flare that much wide-open. The Rokinon flares a touch bit more than the Fuji, though not much. The 7Artisans flares a lot.

Chromatic Aberrations: You know, I almost feel like the 7Artisans wins here. Is that possible? Pixel-peeping seems to indicate that. Even looking at the above test images, I see less CA on the 7Artisans. However, I didn’t take enough controlled test images to test for this… so, I can’t say conclusively.

Here are a couple more comparison shots between the 7Artisans and Rokinon. 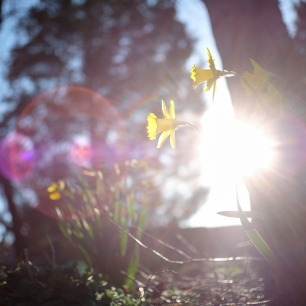 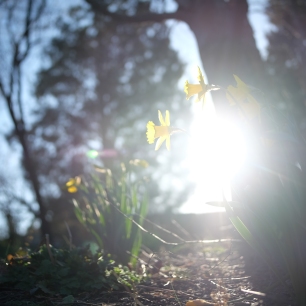 Told you this would be a very brief review! In closing, I was very surprised by the 7Artisans. It’s small and light, and produces some nice images. Plus, it’s insanely cheap. If you’re truly on a extreme budget, or want a small pancake lens that you can abuse, this is the perfect lens. It could be better, sure, but it’s only $70.

Personally, the Rokinon is one of my favorite lenses. The FOV is perfect for me. I love how the images are rendered. It’s very sharp, and I personally like how this lens vignettes wide-open. Also, since it has a longer focus throw, I have an easier time fine-tuning focus. I even prefer it over the Fuji 23mm f/1.4, despite the lack of AF.

A review is worthless without pictures, however. So, here ya go. Happy shooting. 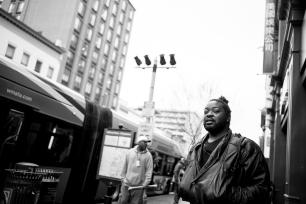